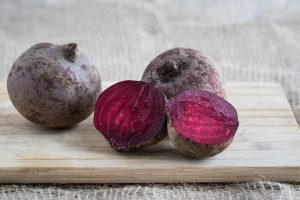 It’s a high quality pressure cooker that can be used for all sorts of cooking. And the greatest thing is that it can all be done at the push of a button. All you have to do is pick a recipe. Throw in the ingredients in the morning. Chose the right program for your recipe. And the Power pressure Cooker XL will do the rest for you. So that when you come home at night after a long day of work – you’ll have a nice, warm and healthy meal waiting there for you in your kitchen.

In this article we’ll discuss al the ins and outs of the Power Cooker Pressure Cooker. You’ll learn what exactly the largest benefits are that you’ll experience when you start cooking with this pressure cooker. But you’ll also find out all the specifications of the cooker. We’ll end of with some reviews of other people – so you know exactly what you too can expect.

The Power Pressure cooker was developed by chef cook Eric Theiss. A culinary expert and former restaurant owner. After having worked for many years in different restaurants (including his own) and having learned from master chefs such as Frank Falcinelli, Theiss decided to make the lives of people in their own kitchens easier.

With the Power pressure cooker people are now able to make all sorts of different dishes in the comfort of their own home. And they don’t even need specific cooking skills for that. The Power Cooker Pressure Cooker does all the work for you!

The most popular Power pressure cooker is the Power Pressure Cooker XL. Here are all its specifications:

Note: for more information (prices for each size, warranty etc.), please go to the Power Pressure Cooker page on Amazon.

The main benefit of pressure cooking is that the extra steam and higher temperatures force the food to be cooked faster. What this means is that you can drastically reduce times of cooking food. In some cases (think of boiling rice or making a stew), you can even reduce the time required by 70%! That is almost twice as fast. It’s great if you’re in a hurry or you need to cook a large amount of food for a group of people.

If you’re worried about the pressure build-up in the pressure cooker – don’t be. It comes with an automatic pressure release mechanism. And if you feel that it’s getting too much yourself, you can always manually release some steam with the manual level. The appliance is very safe and you won’t have to worry about your safety while using it (or leaving it on while you leave the house). If you follow the instructions, there is nothing that can happen.

The Power Cooker Pressure Cooker pot is also dishwasher safe. That means that you won’t have to clean it yourself. Instead you can simply take out the pot and put it in the dishwasher. This saves you even more time!

#4 Surface of the pot is non-sticky

Another benefit is that the surface is not sticky. So you can easily remove all the food that you’re cooking in the pot. And you won’t have to worry about stains too.

The Power pressure cooker XL can replace 6 other appliance sin your kitchen. You’ll save a lot of valuable kitchen space. The 6 functions it replaces re the following:

“Love my new pressure cooker. It does everything that I expected and I can now make more healthy meals to eat at home. I used to eat fast food at least 3 times a week but I have completely cut that out! I’ve already lost 6 pounds in the last 2 weeks just by making this change!”

“Great pressure cooker. Got it as a present from a friend and I’m using it almost every day! Can absolutely recommend it to everyone!”

Where to get the Power Cooker Pressure Cooker?

P.S. did you know the cooker comes with a recipe book that is made to go with the cooker? Click here to find out more what you’ll get when you order the Power Pressure cooker!